Few interesting theories surround Jupiter Factory in Pripyat, but are they really true?

Located on the south-west outskirts of Pripyat and opened in 1980, Jupiter factory employed nearly 3500 people at its peak. The official production of tape recorders was a smokescreen for the real purpose of this plant – semiconductors and electronics for the military industry. Jupiter factory remained open for few years after the accident until the early 1990’s, calendars and dated documents can be found in the buildings. Some sources go as far as claiming that not a single tape recorder has ever left this place and was nothing but a cover-up for a strictly military operation.

The legends are surely fuelled by the boxes with a mysterious, highly radioactive grey powder and an underground laboratory full of chemicals in the basements. This discovery sparked an idea of Jupiter factory being a top-secret nuclear weapons factory. At first it seems to make sense – close proximity to the Chernobyl Power Plant means easy access to large quantities of spent nuclear reactor fuel which would be processed and enriched in Jupiter. However It doesn’t hold up to some scrutiny.

Processing nuclear fuel for military purposes would require much more equipment and resources than available in this relatively small factory and it would pose a high risk of contamination, something that Soviet officials would never agree to build in the vicinity of a nuclear power plant and the 50,000-residents city. Not to mention the difficulties in securing an area where civilians can simply walk into or observe it through a pair of cheap binoculars. It simply makes no sense.

Soviet nuclear weapons programme had started long before the Chernobyl Power Plant, Pripyat and the entire Jupiter construction began. Mayak formerly known as Chelyabinsk-40, was founded in 1948 in the Chelyabinsk region, far from any large settlements, cut off from major roads, heavily guarded, hidden behind miles of wild forests and kept secret for several decades. The vast majority of the Soviet spent nuclear fuel would be transported there for processing and enriching, not just for the nuclear weapons programme but some of it being used for academic research and medical purposes. Several serious accidents occurred in Mayak plant, perhaps the most notable being the 1957 Kyshtym Disaster responsible for contaminating a huge area surrounding the plant. The people responsible for the weapons programme were fully aware of possible consequences of any incidents involving fissile material. Signing off a nuclear fuel processing facility so close to the Power Plant, Pripyat, Kiev and last but not least, Western Europe, doesn’t really seem plausible at all.

For those of you interested in Mayak I can recommend reading Plutopia: Nuclear Families, Atomic Cities, and the Great Soviet and American Plutonium Disasters

So what was actually going on in Jupiter then? Few facts are undeniable – the factory remained operational for several years after the accident, it was involved in military industry manufacturing and few large boxes with a suspicious contents can be found in the flooded basement today.The answer to this might be a bit more trivial than expected.

Yes, the mysterious grey powder does indeed contain the elements found in the RBMK nuclear reactor – strontium-90, caesium-131, plutonium, americium-241 to name the few, according to a Polish explorer who tested a sample on a mass spectrometer. The radiation level of the powder measured with a Geiger counter is extremely high, reaching over 2500µSv/h (2.5mSv/h) Gamma radiation equivalent dose. This is probably among the highest readings that can be found in the entire Chernobyl Exclusion Zone apart from the Elephant Foot under the destroyed reactor. A reading level above 1000µSv/h (1mSv/h) is usually desribed as “HIGH RISK” and calls for an immediate evacuation. However for a severe radiation poisoning risk from a momentarily dose, a human body would need to be exposed to much higher radiation level about 100,000µSv/h (or 100mSv/h). Those are obviously only guidelines and there is no “safe level” of radiation as such – any dose poses a risk to human health. Additionally this fine powder can be easily disturbed and become airborne so a full face respirator, a coverall and disposable gloves are a minimum safety gear needed when approaching this place.

Another clue to solving this mystery can be found next door – hundreds, if not thousands, bags of soil. Small, large, labelled, clear, organised on shelves and scattered around the floor. Jupiter factory was likely a research facility and radiation decontamination test lab for several years after the accident. 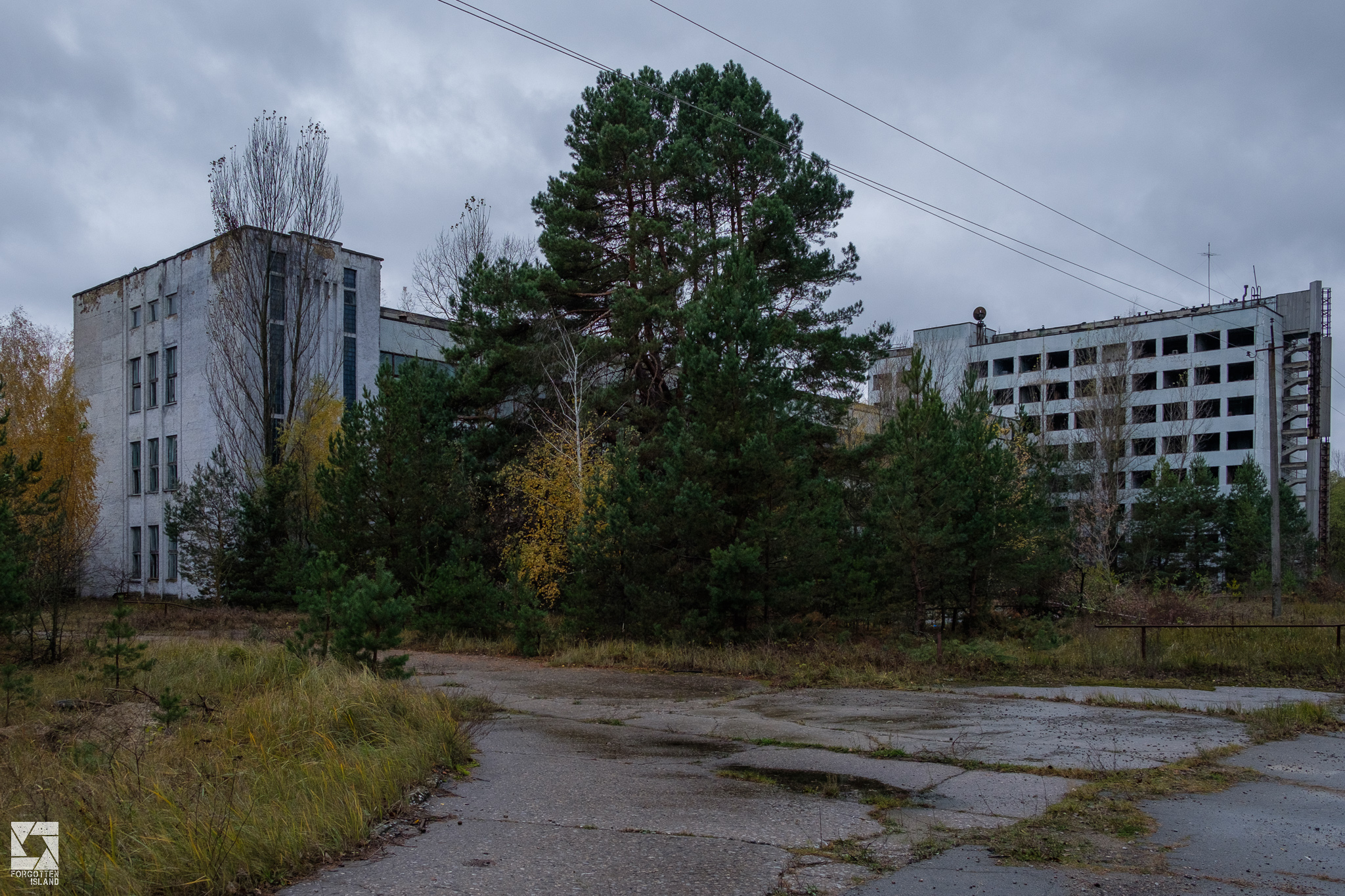 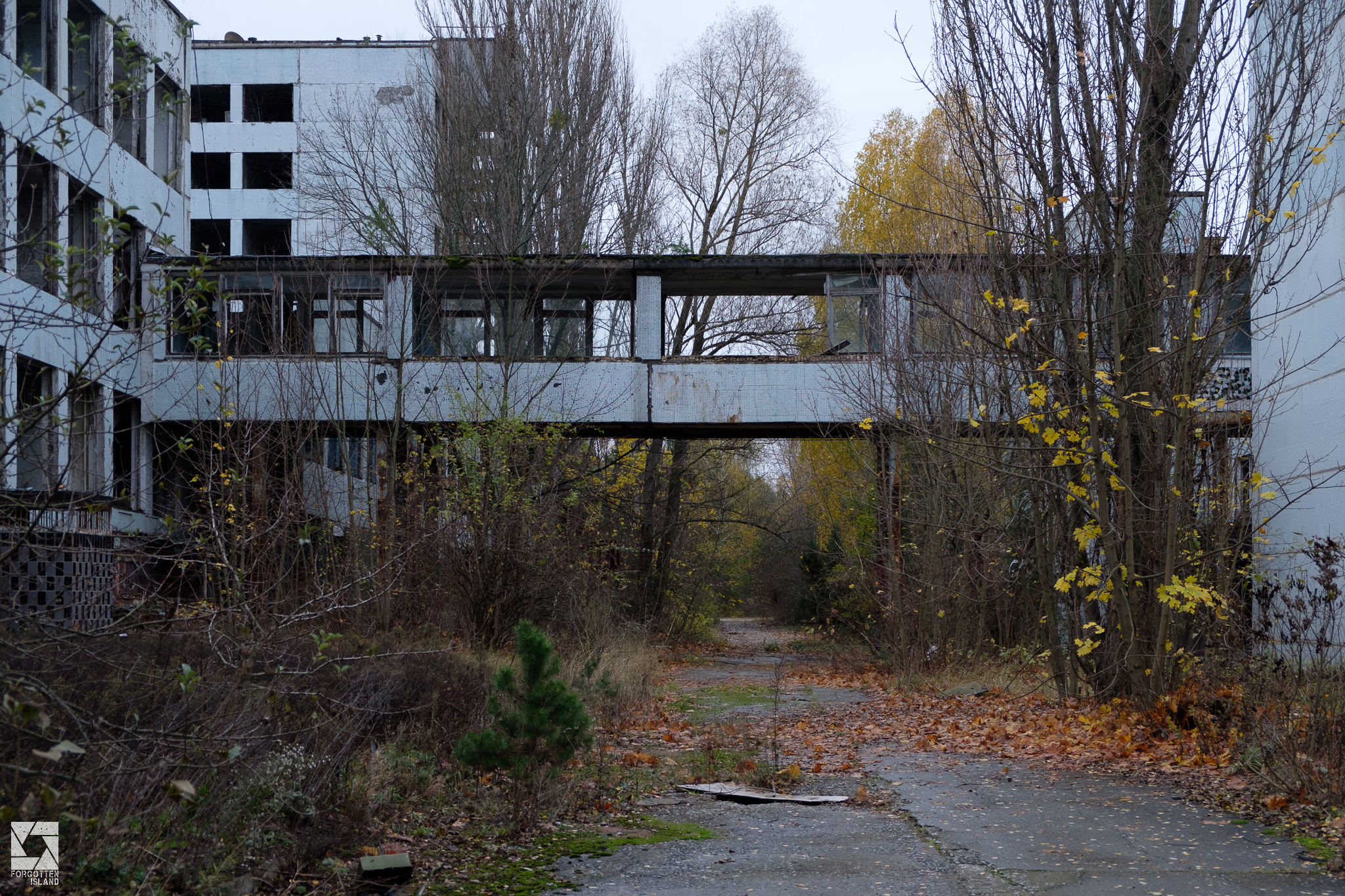 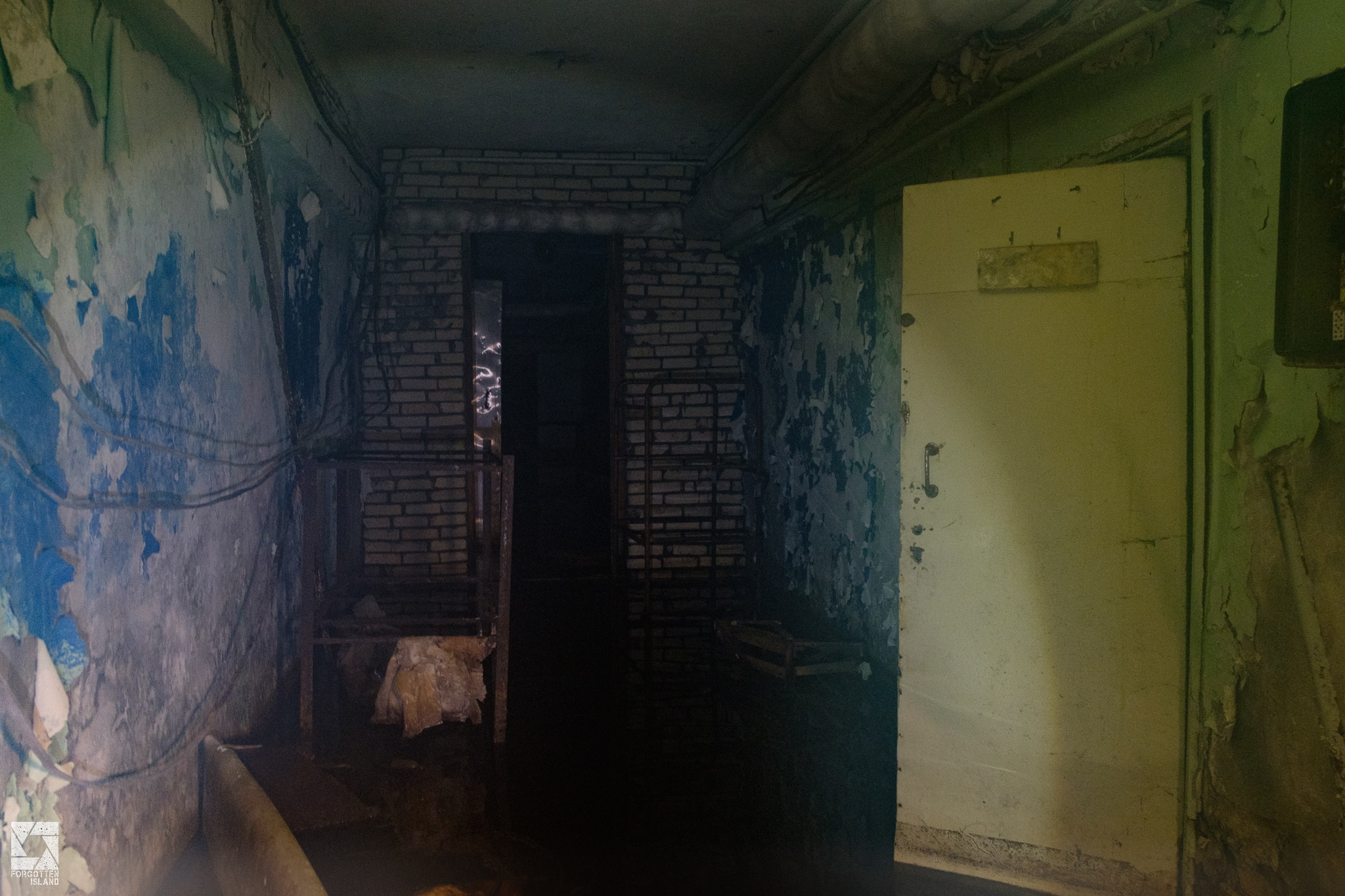 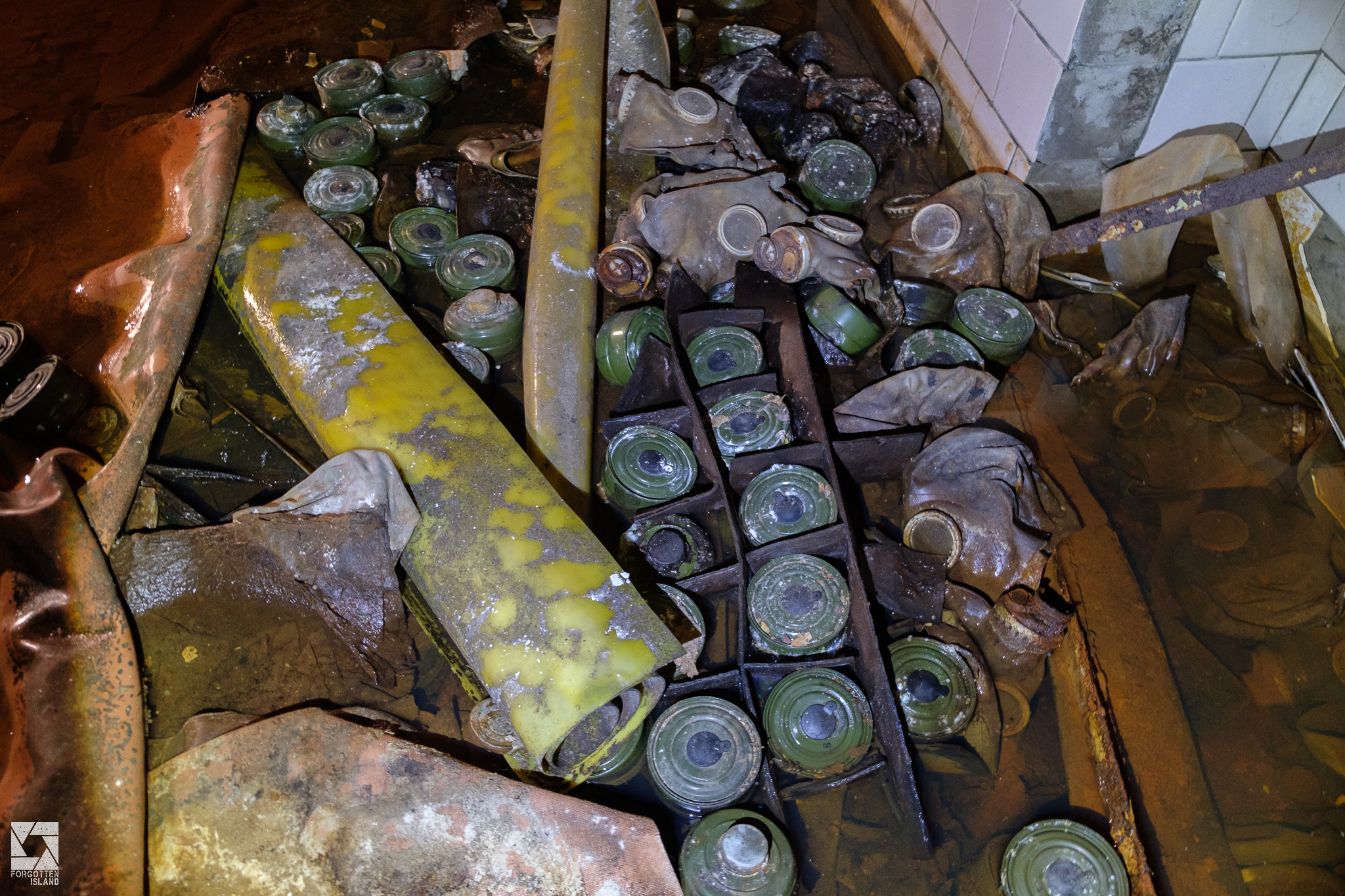 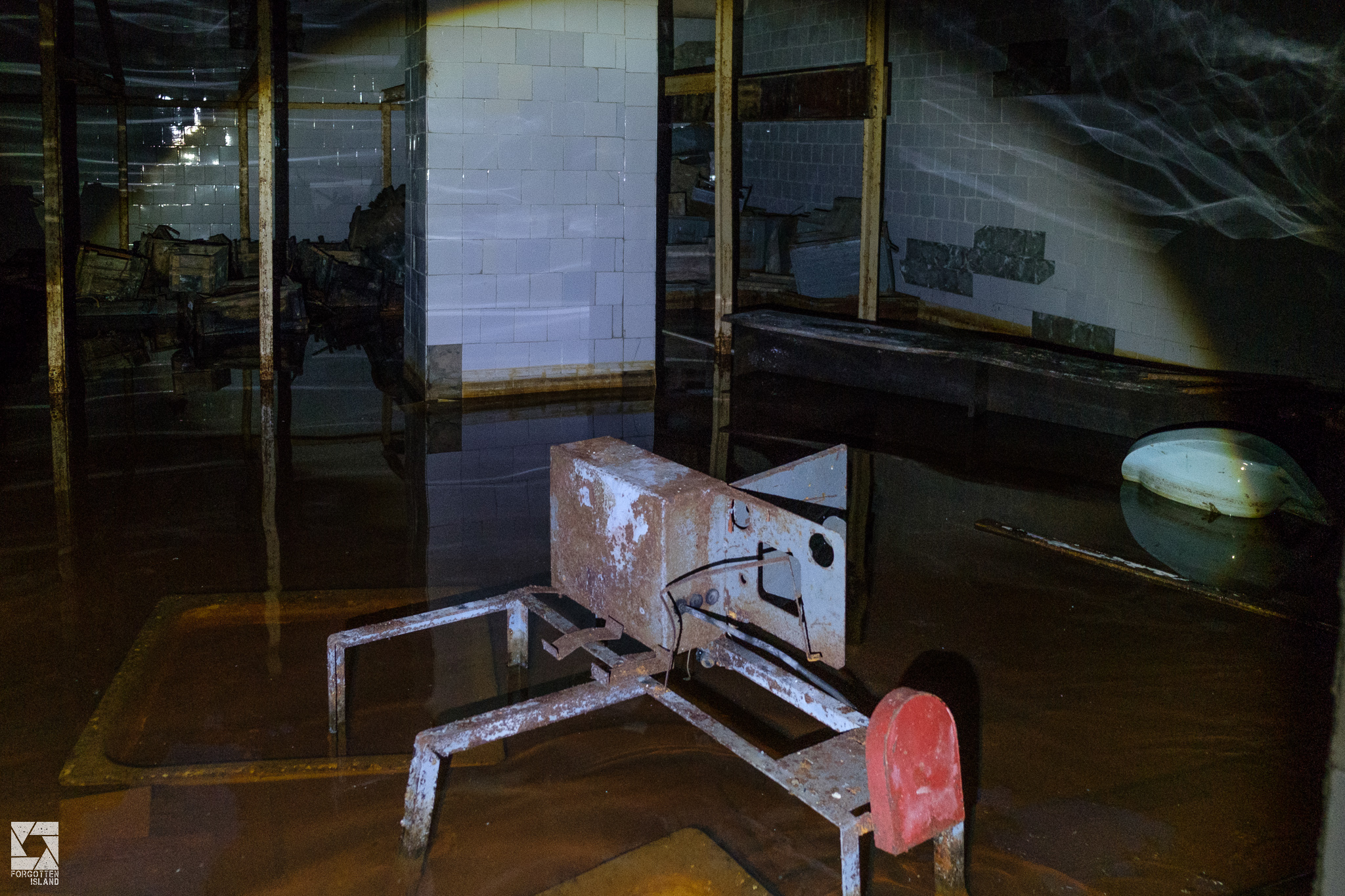 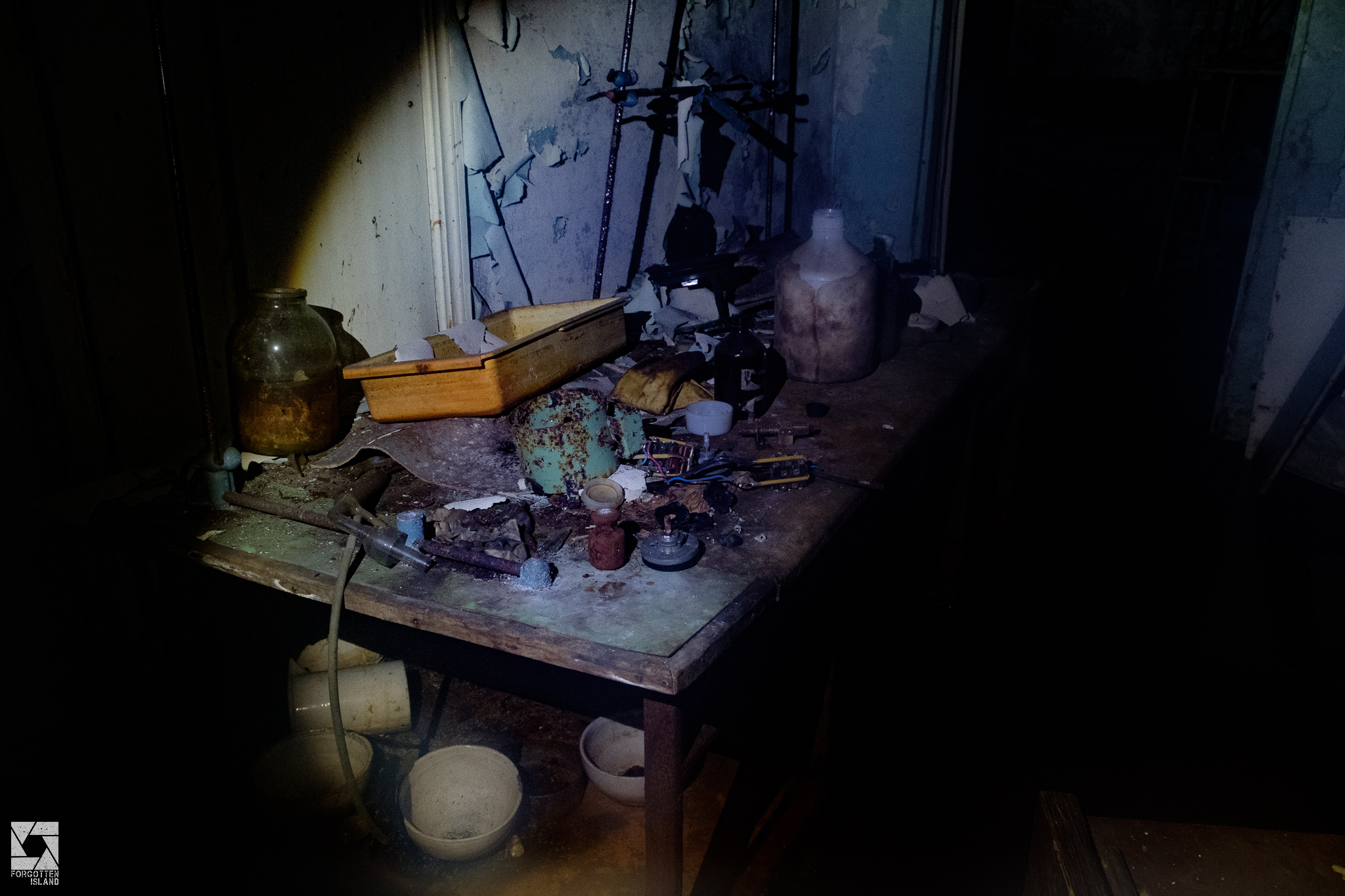 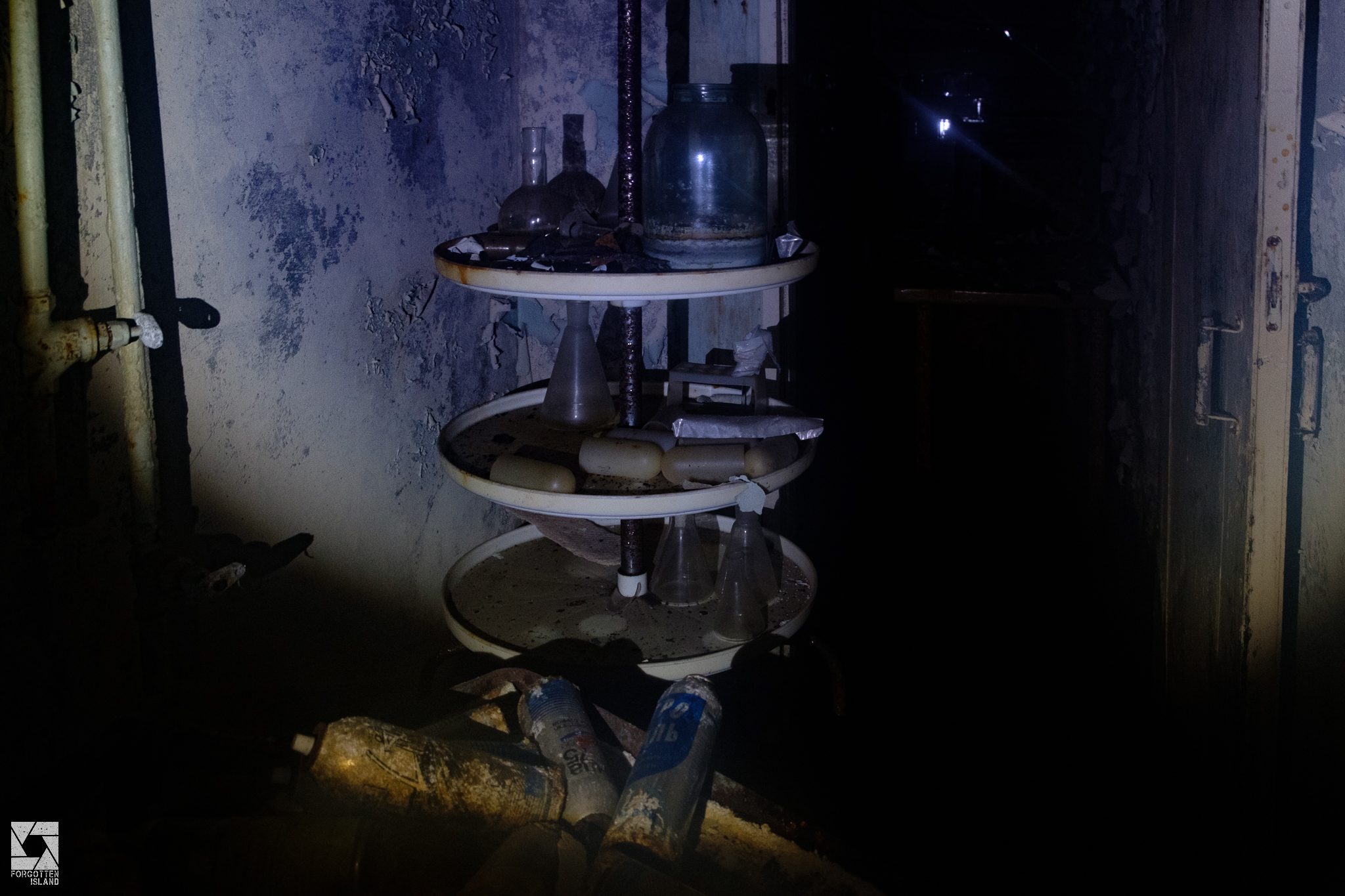 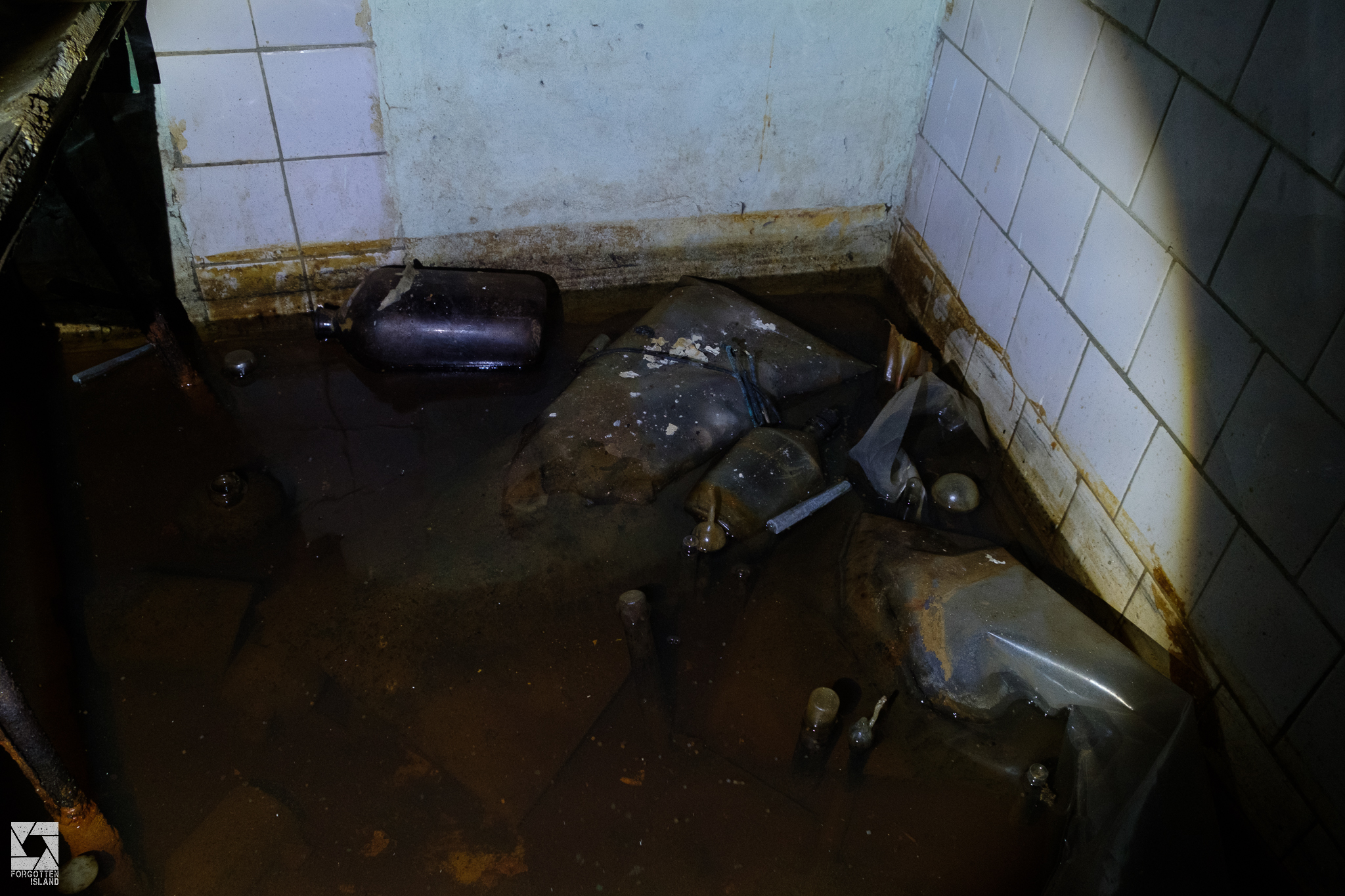 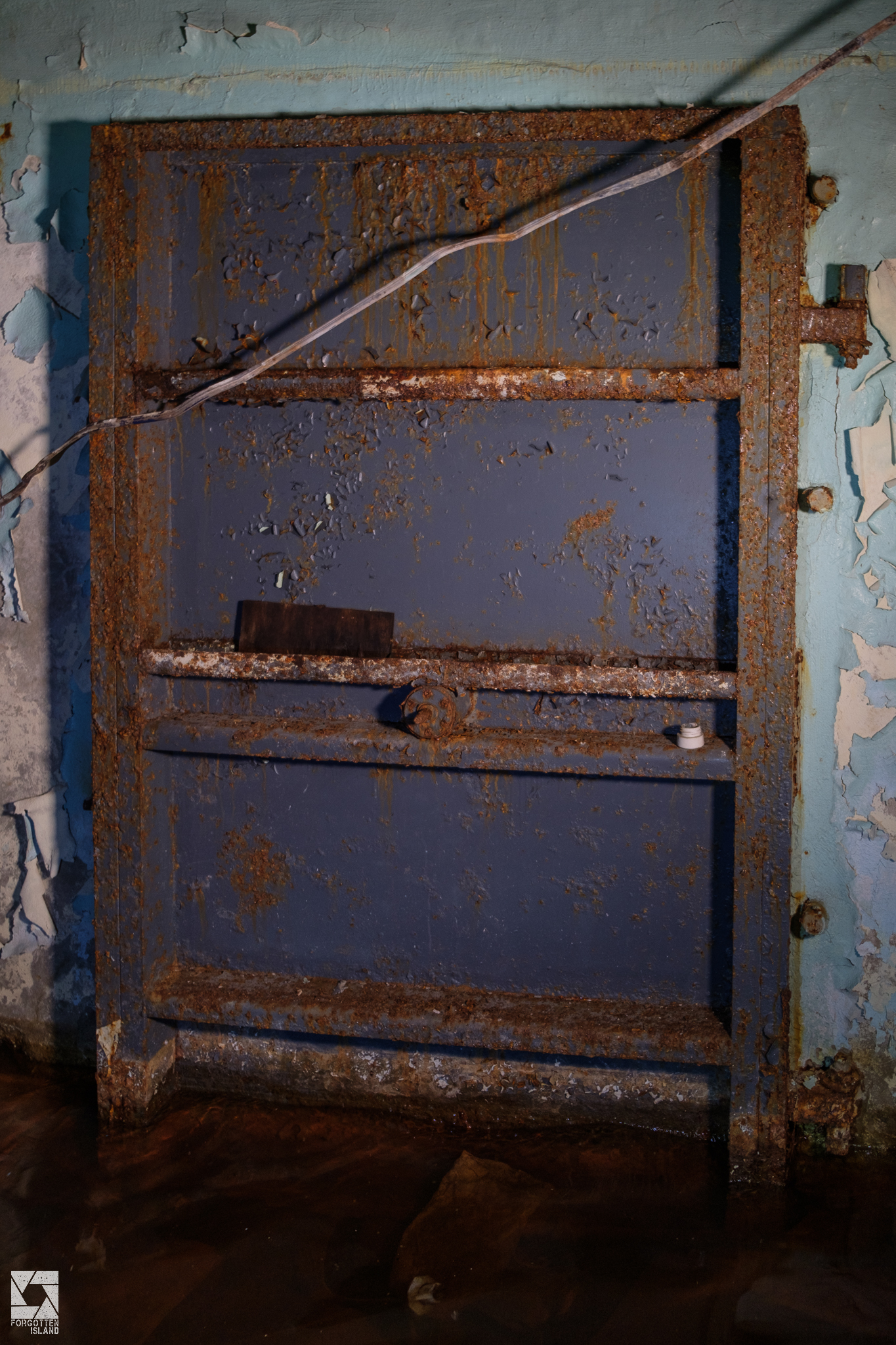 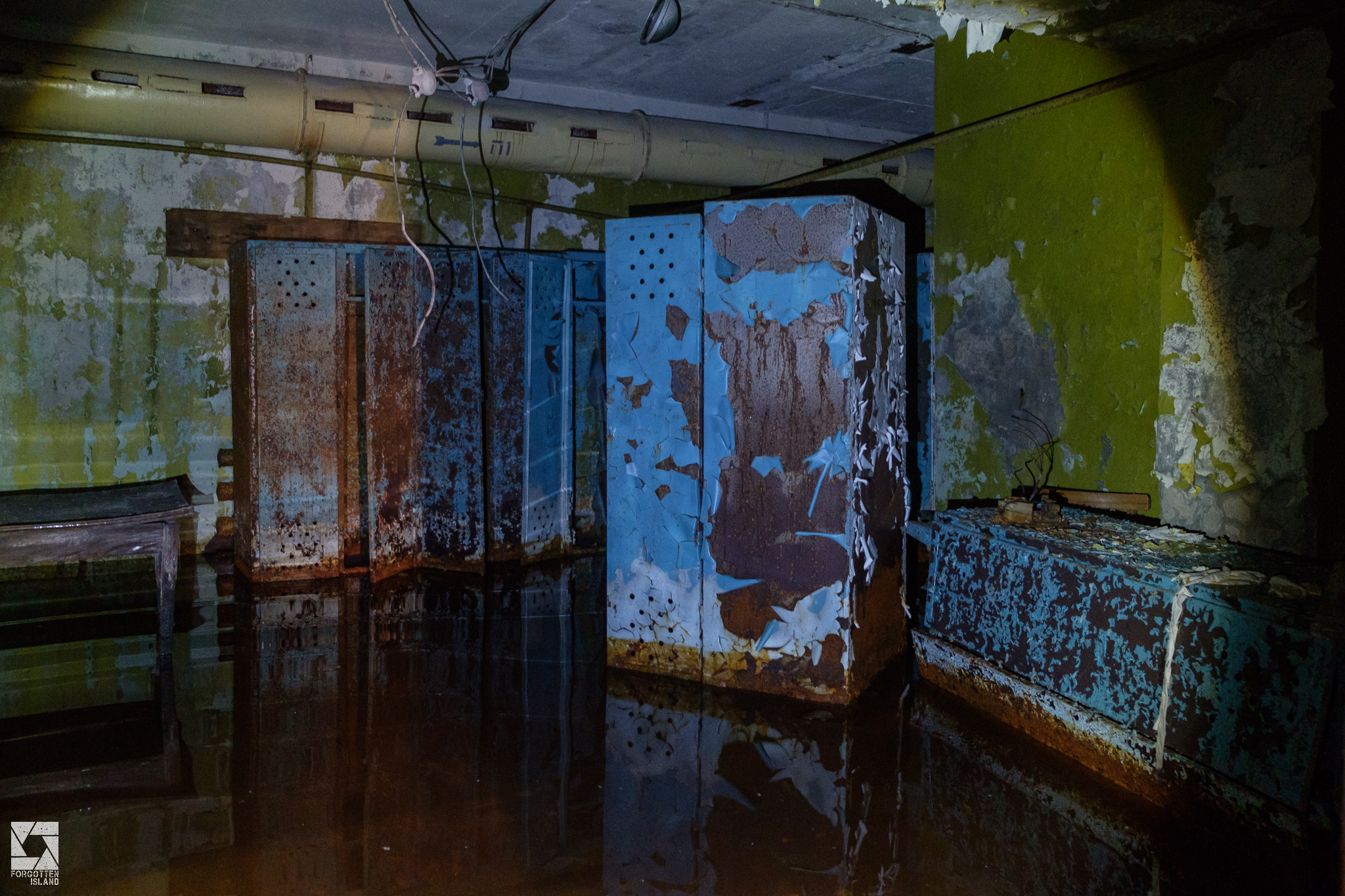 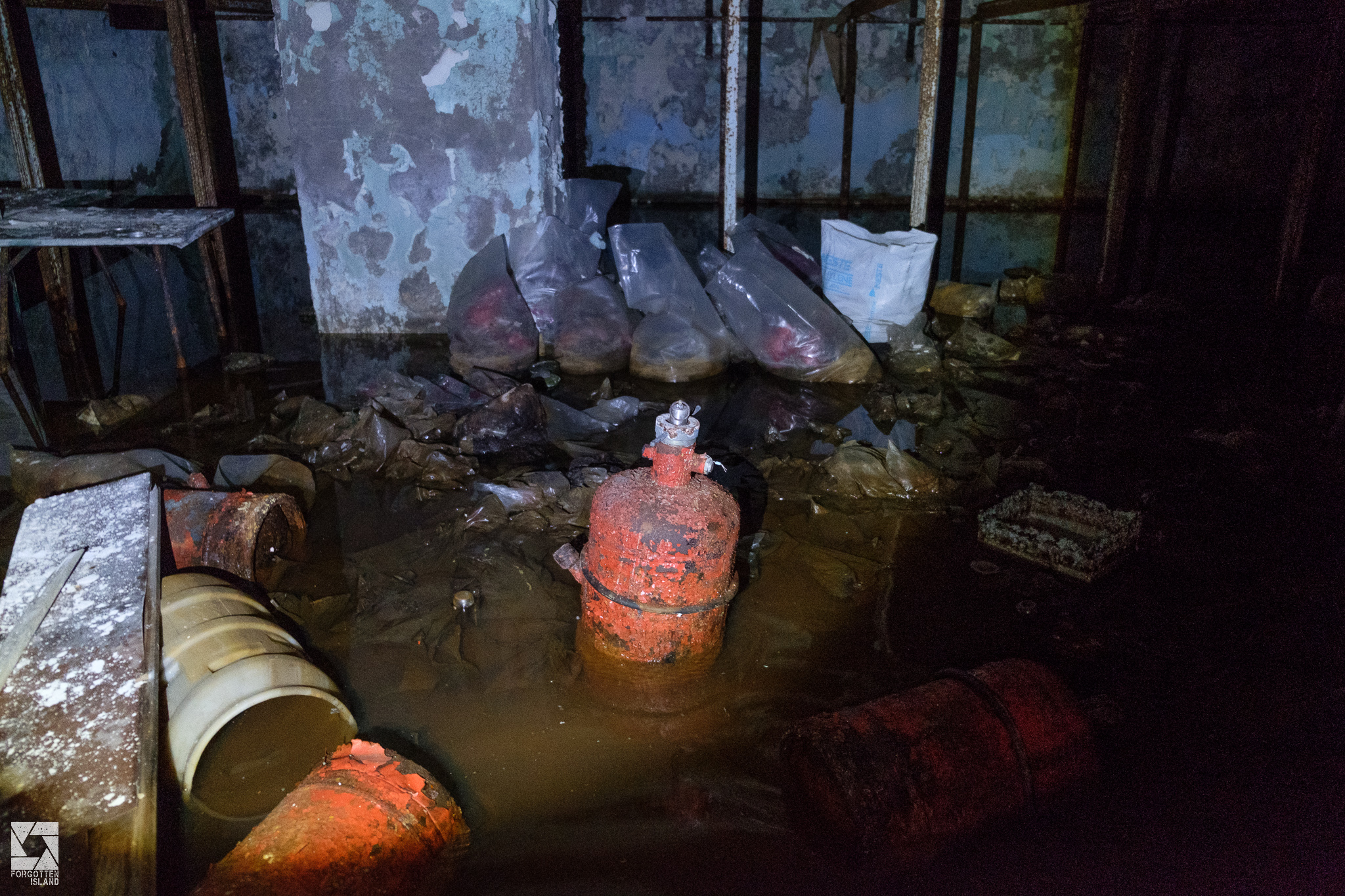 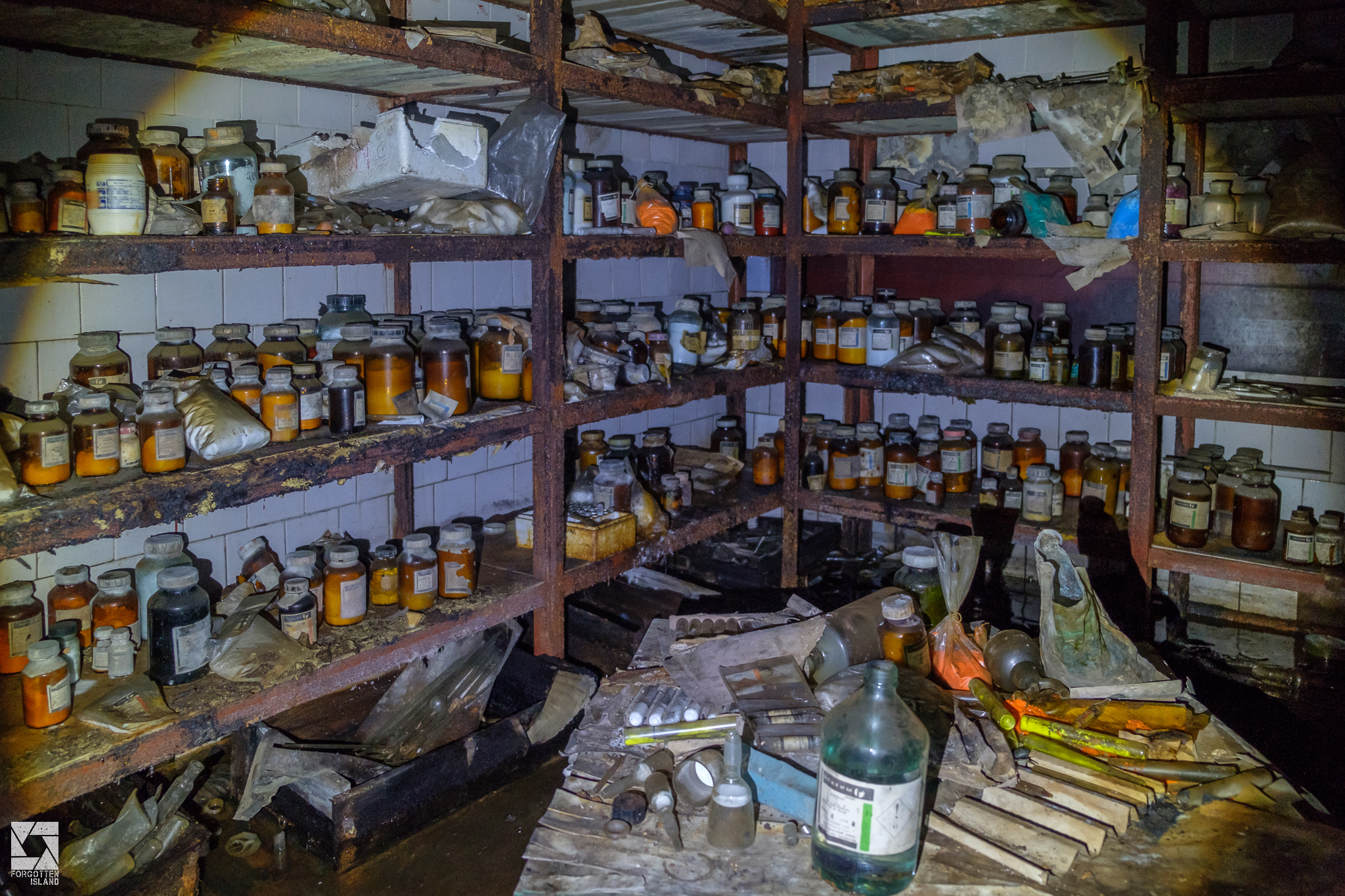 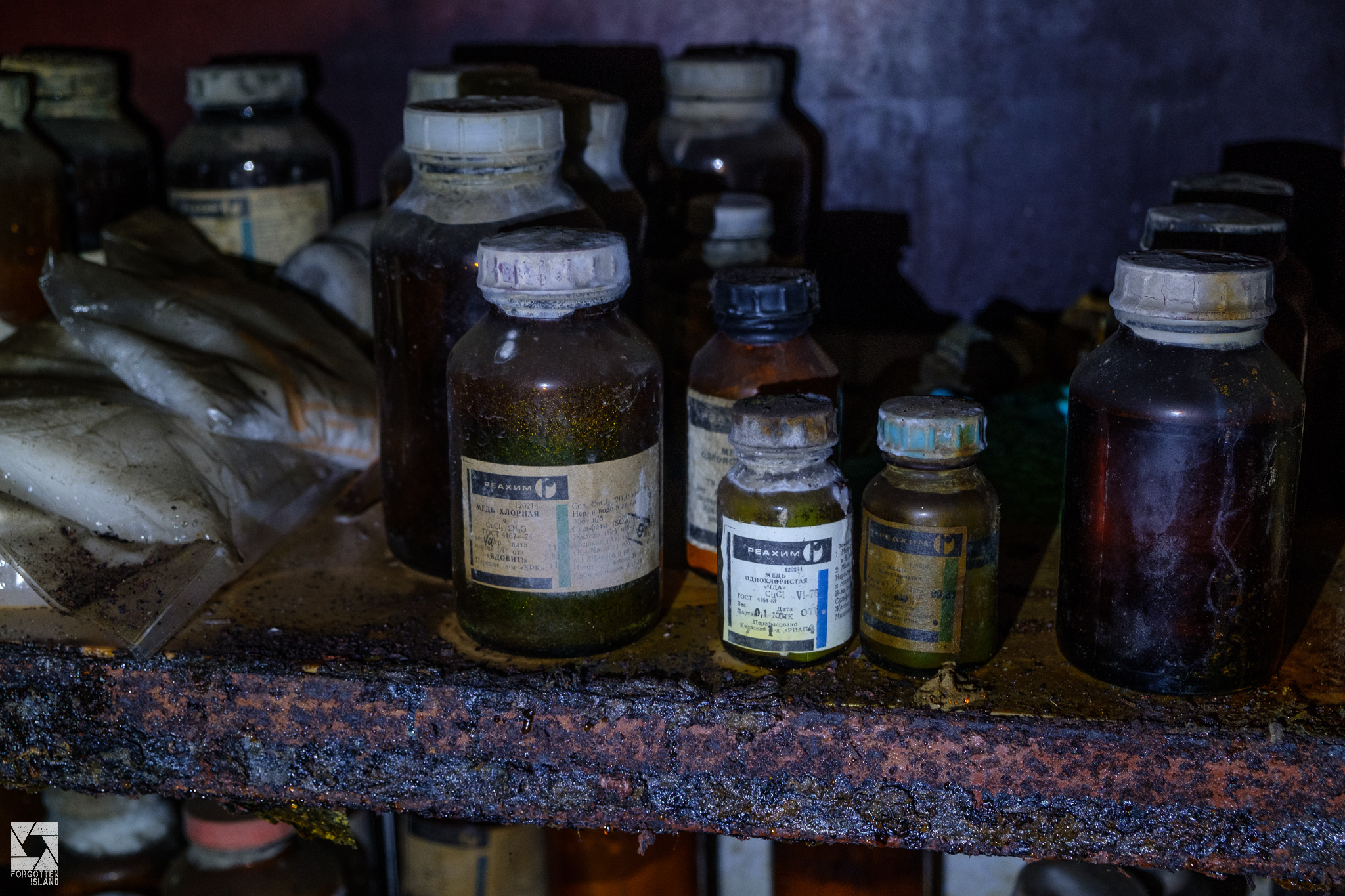 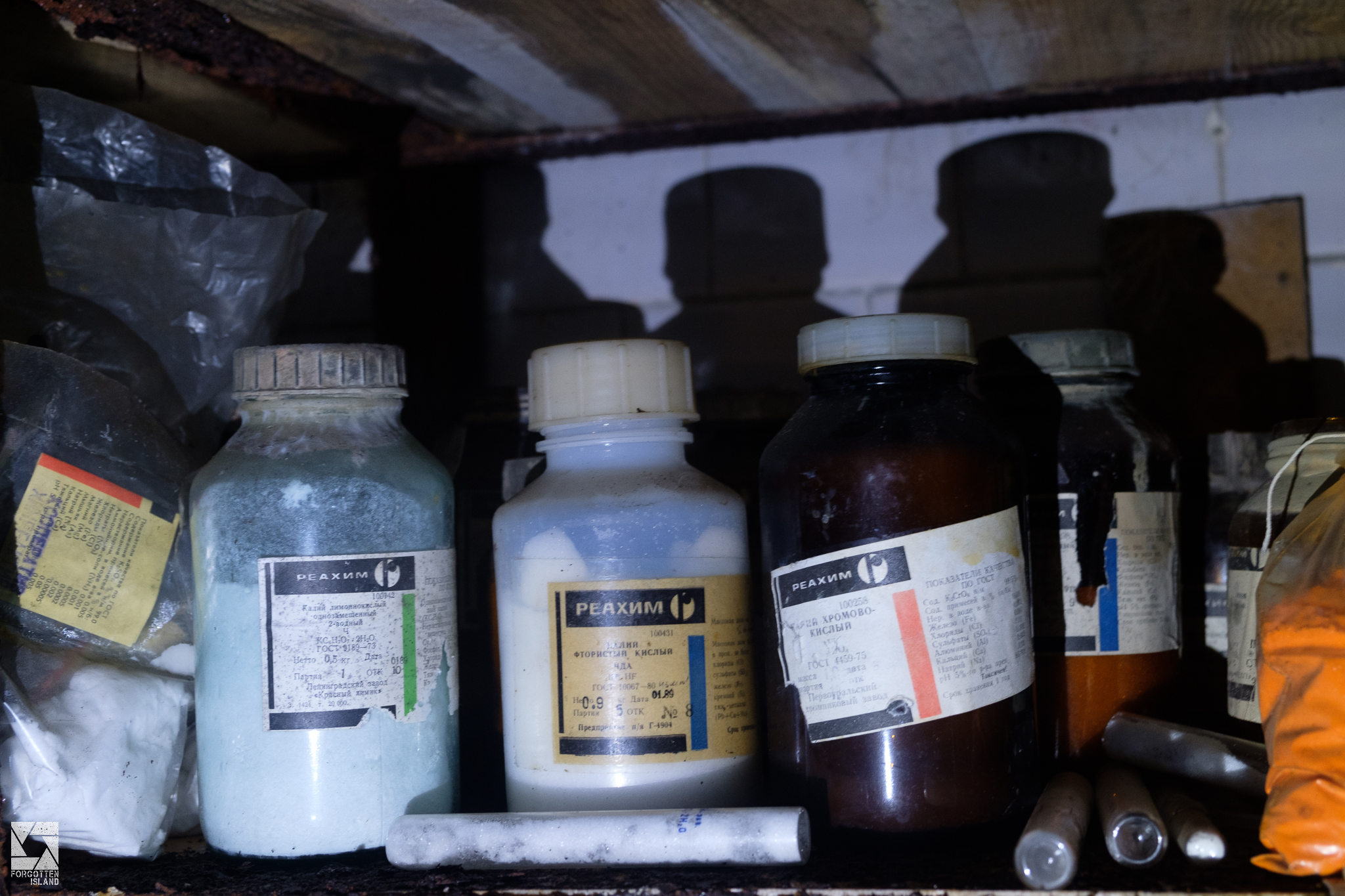 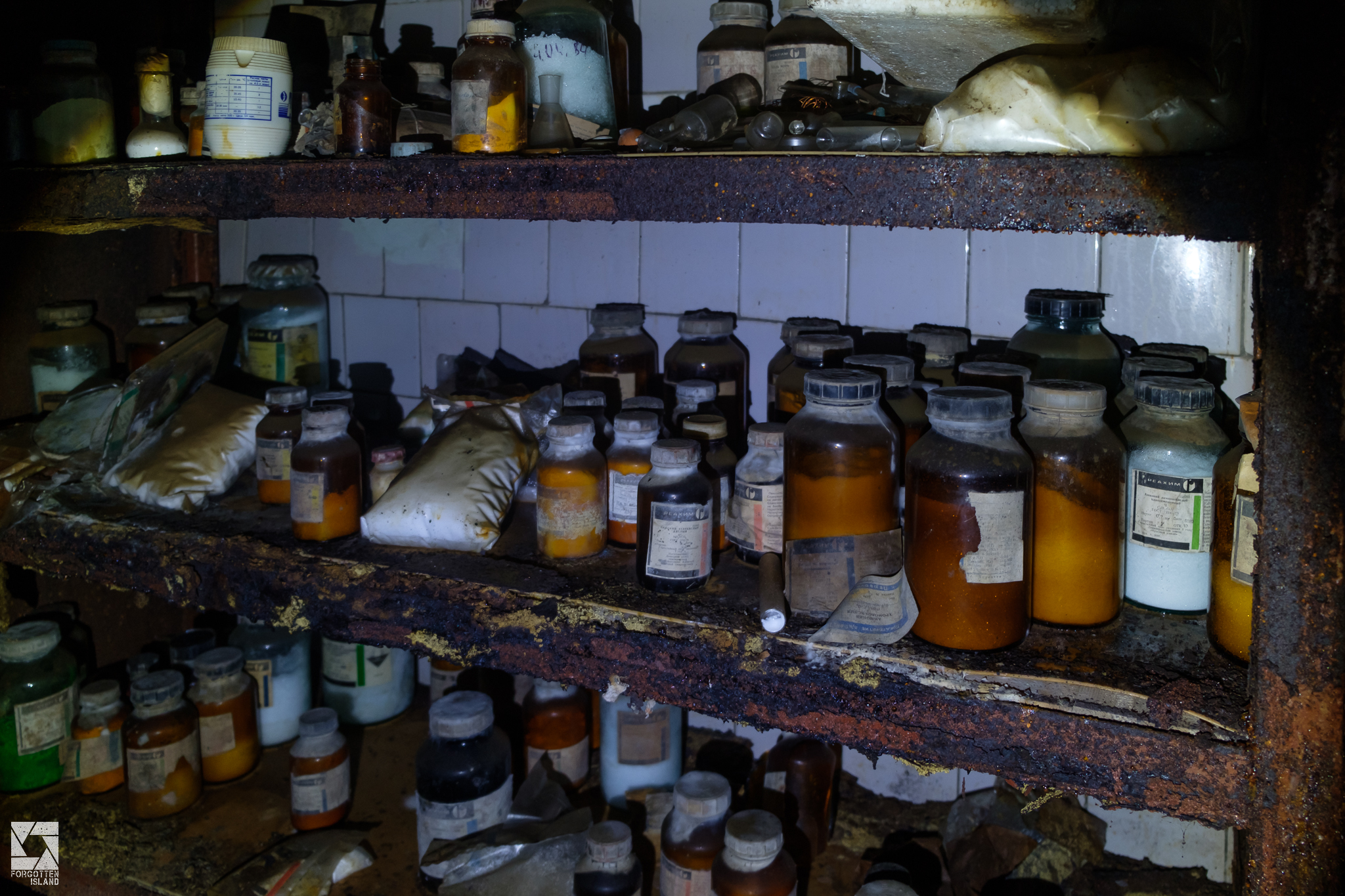 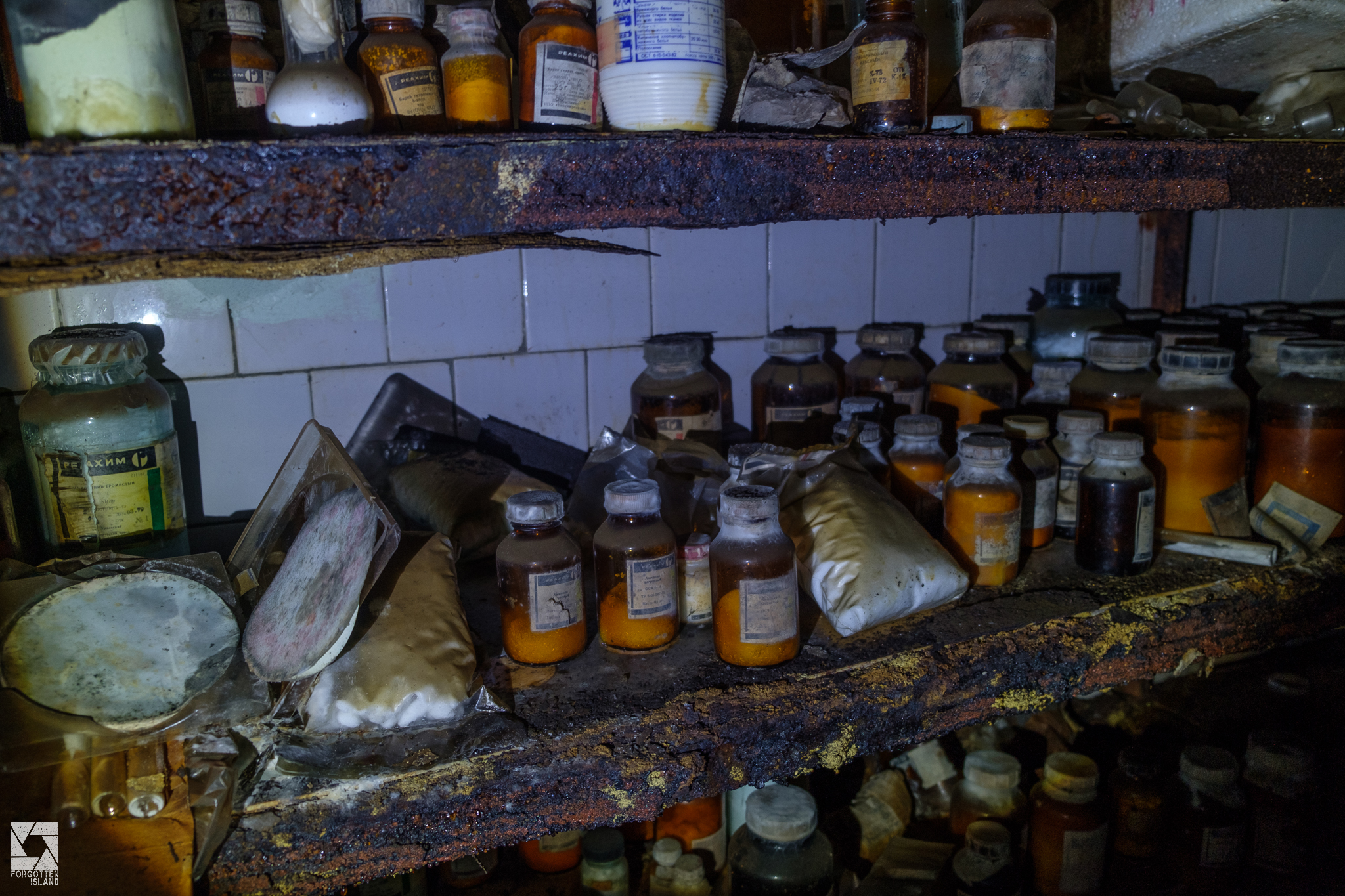 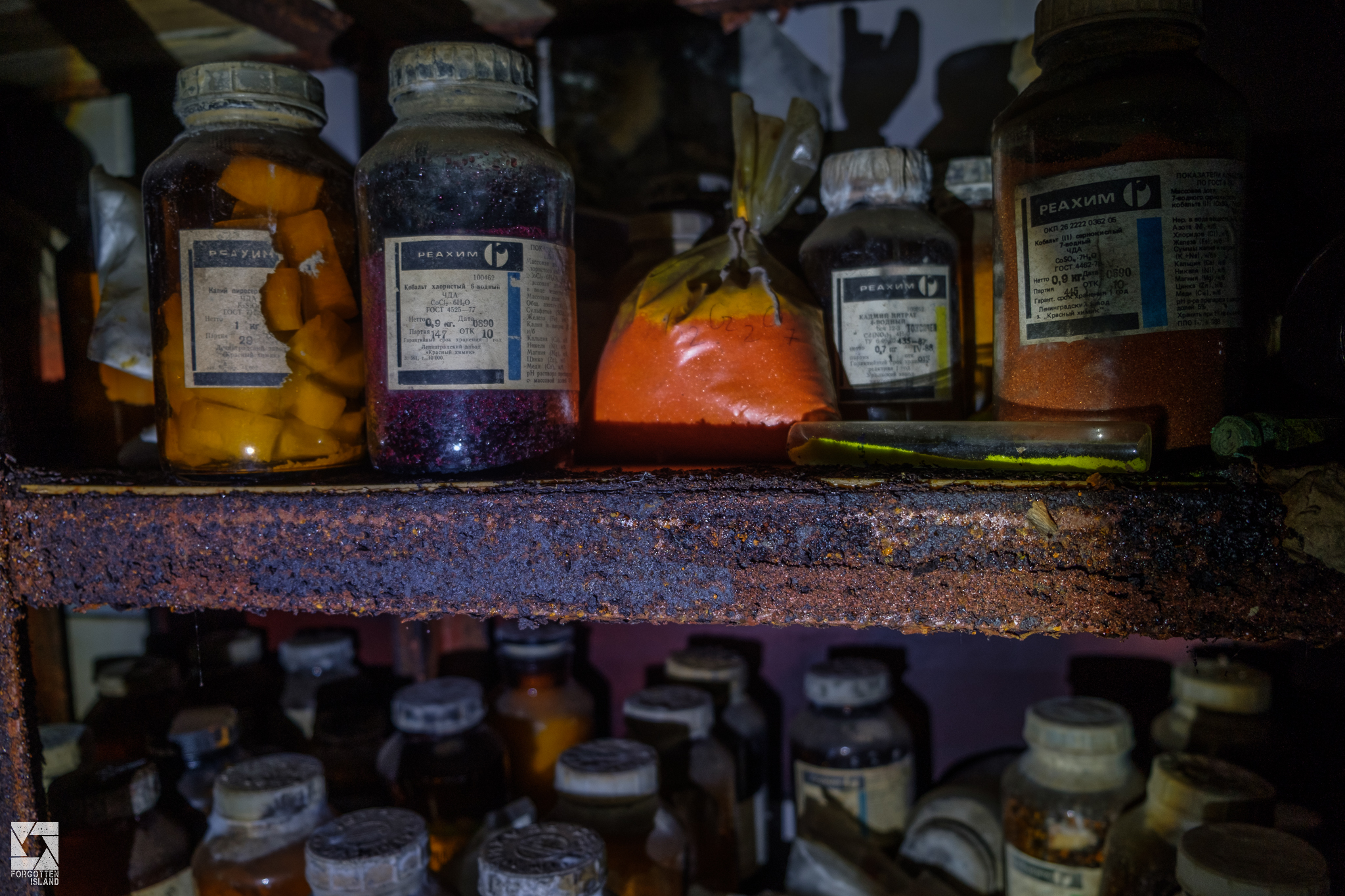 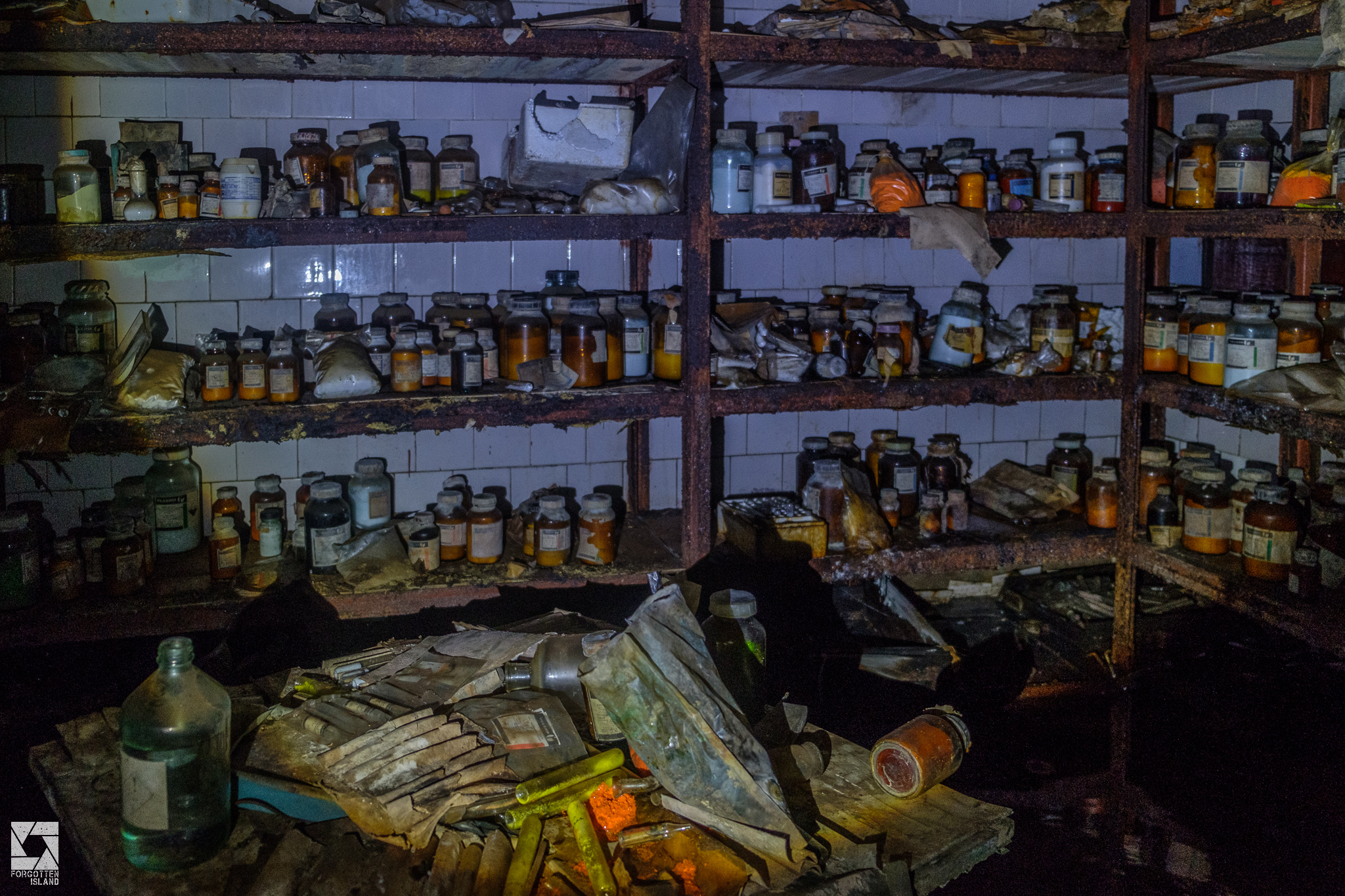 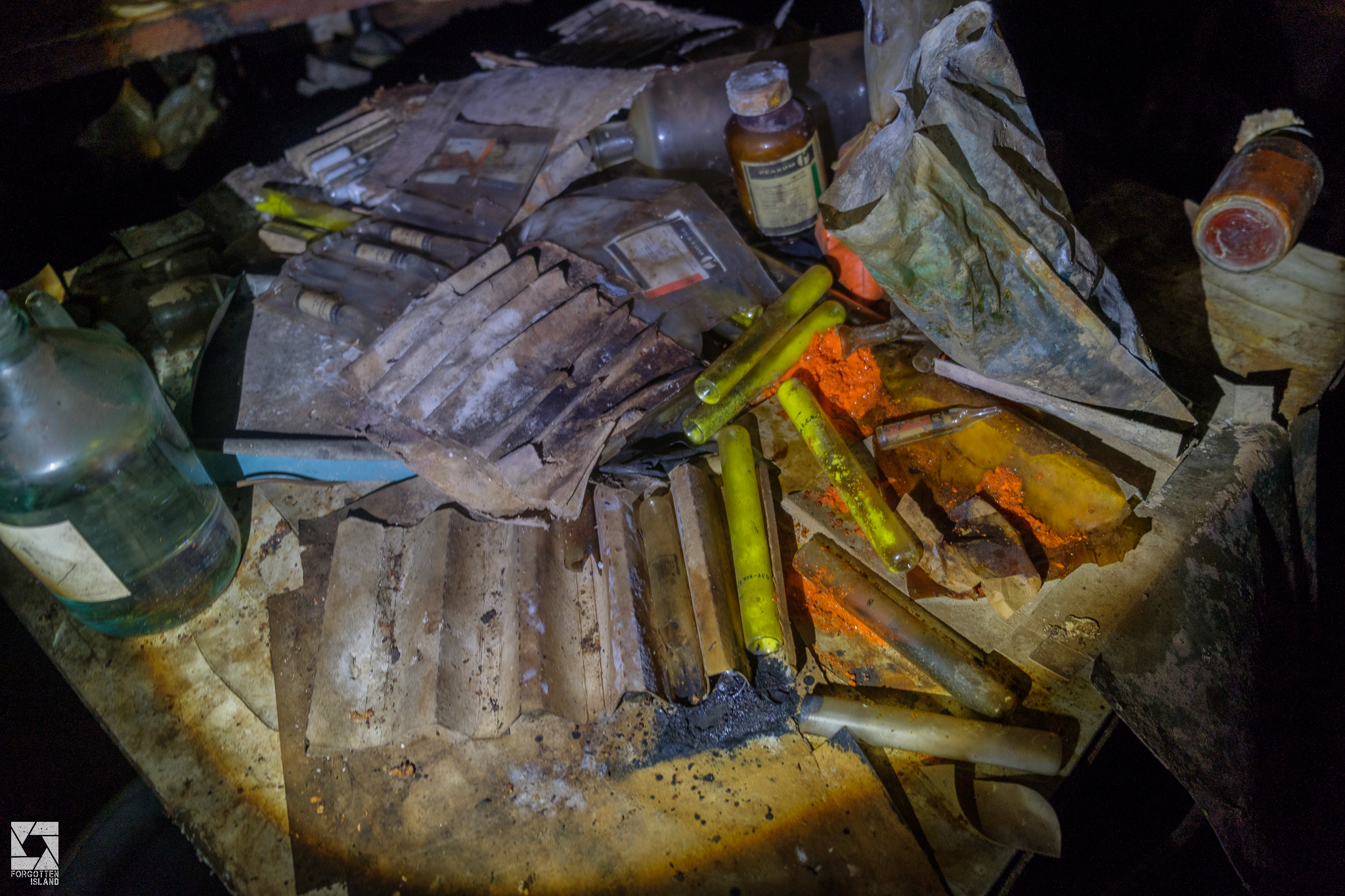 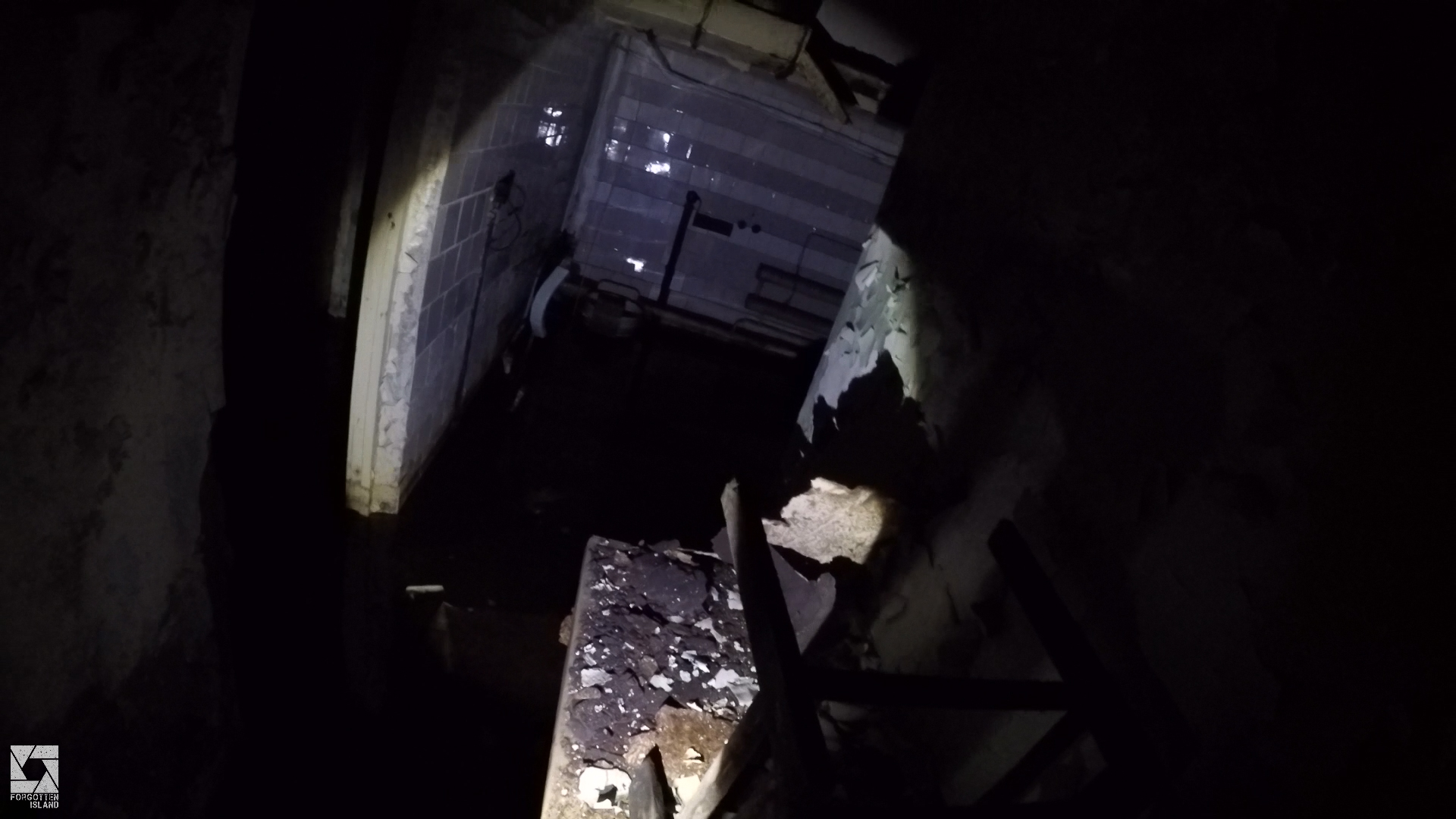 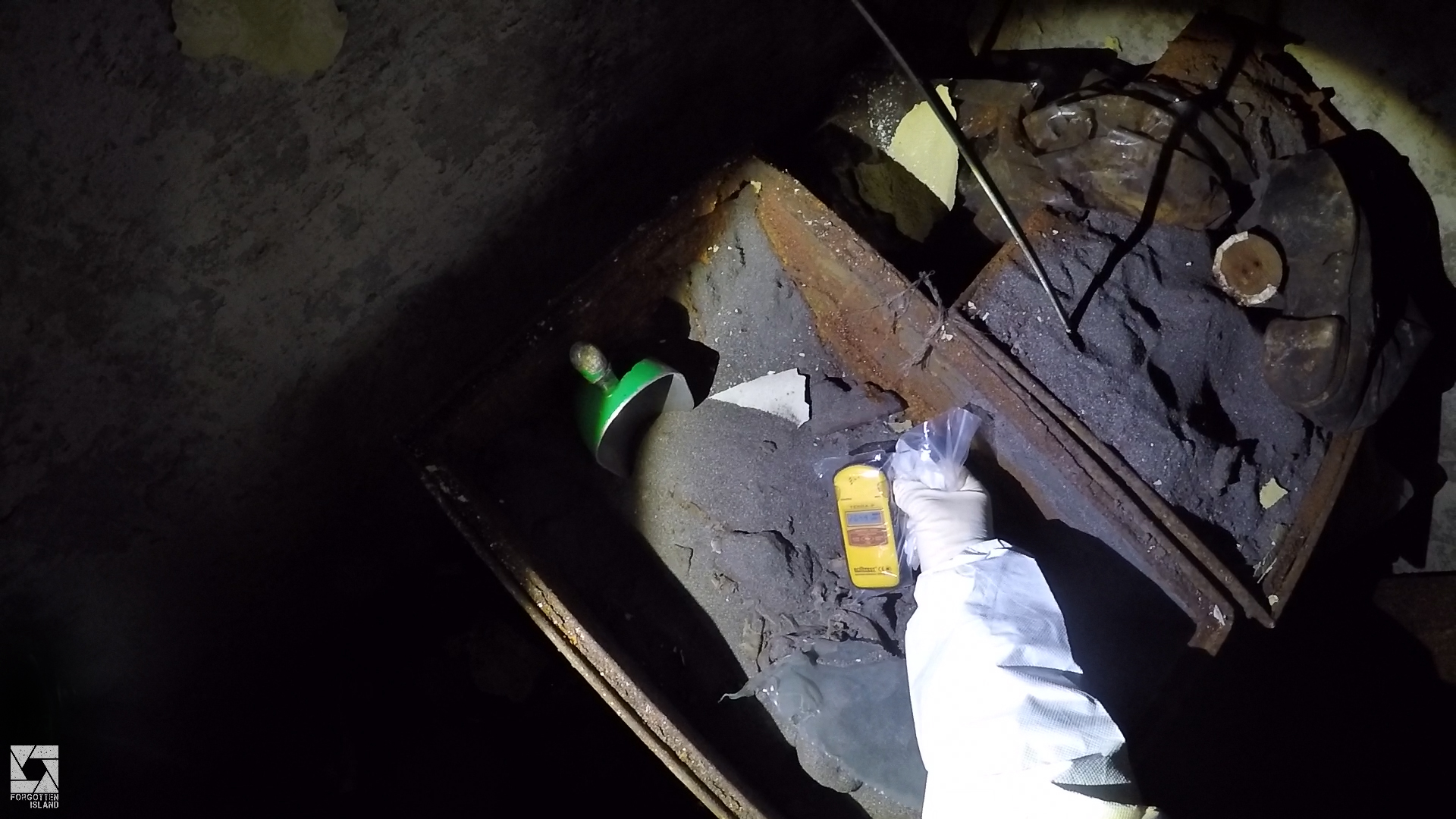 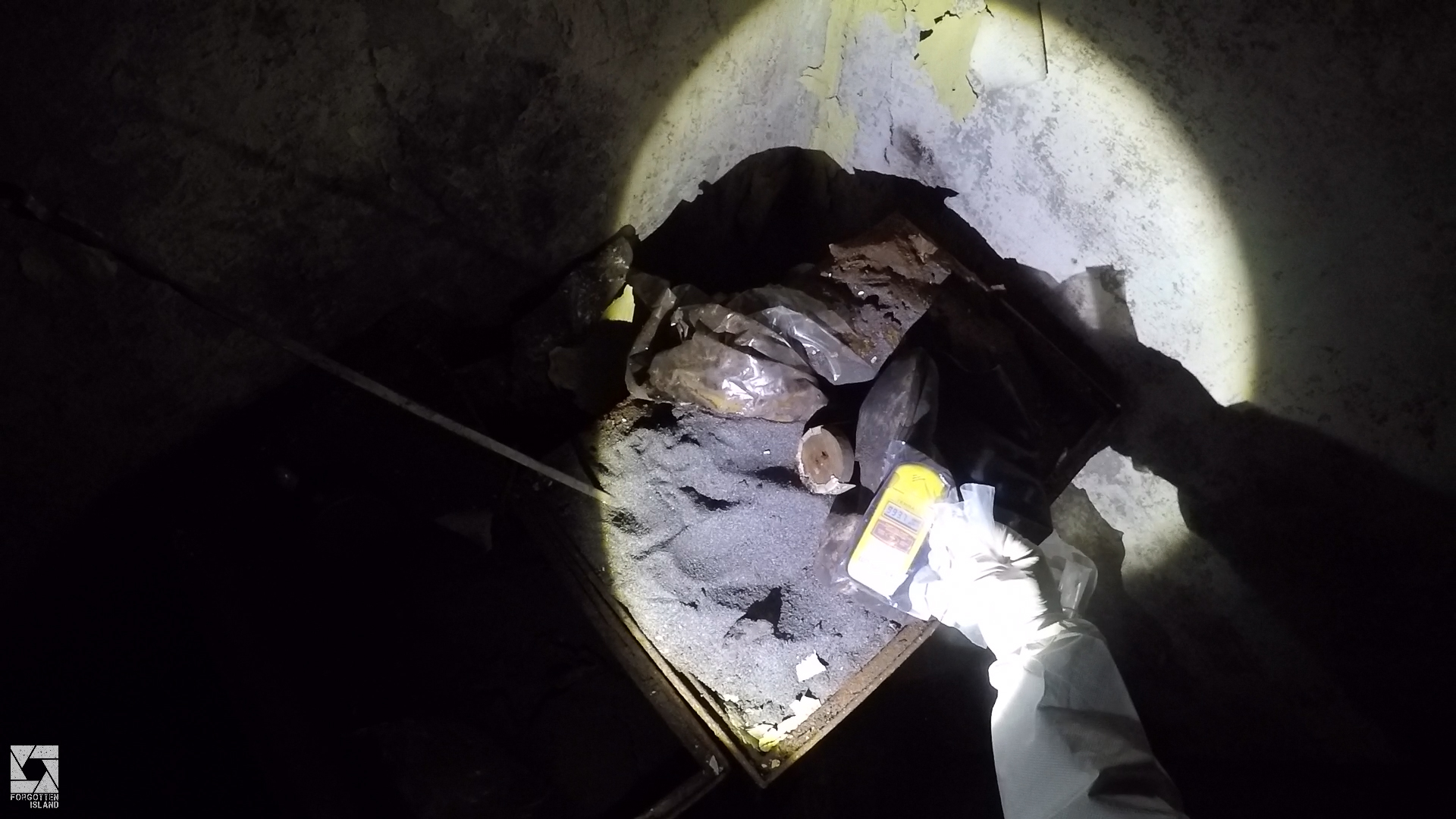 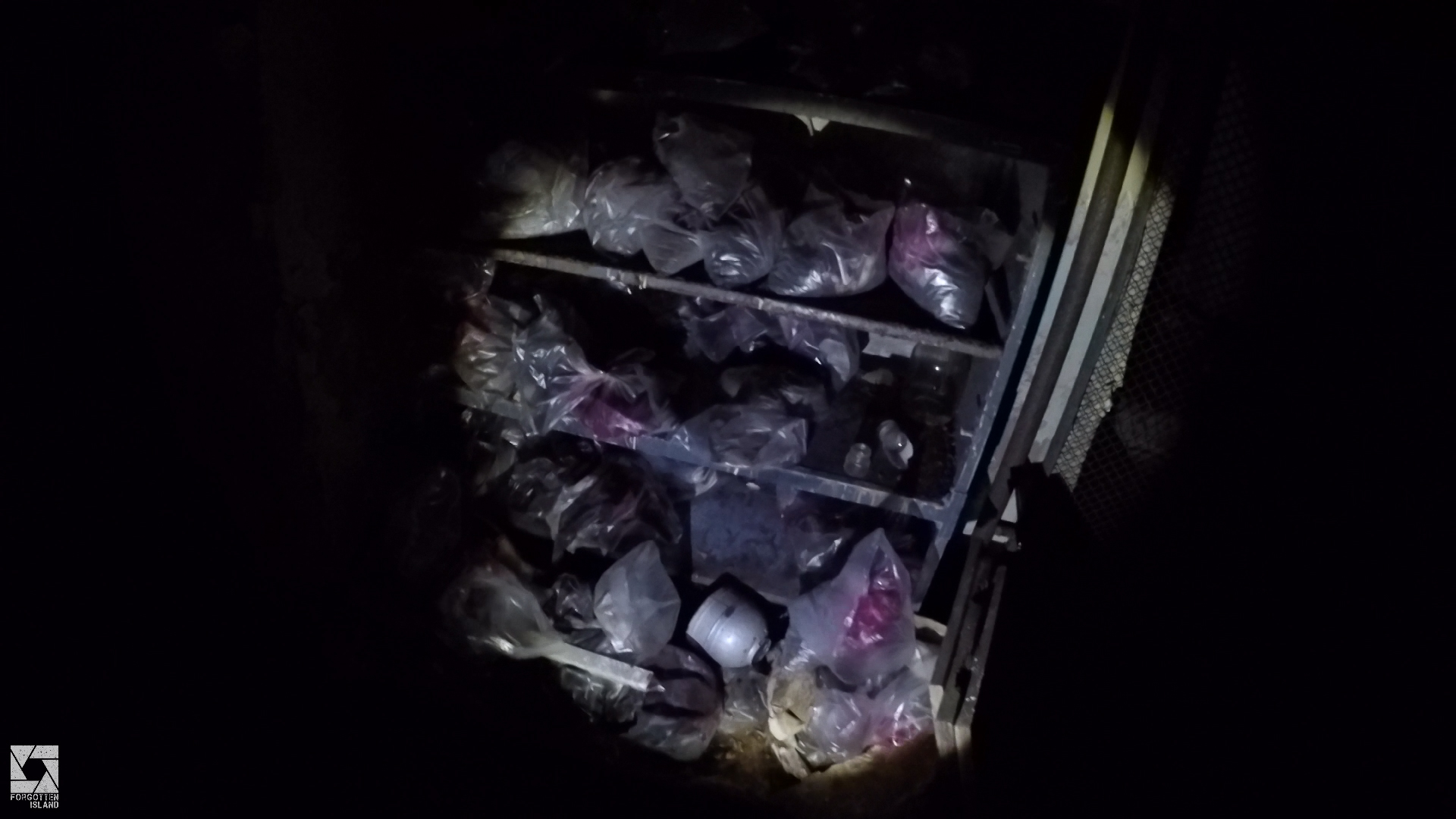 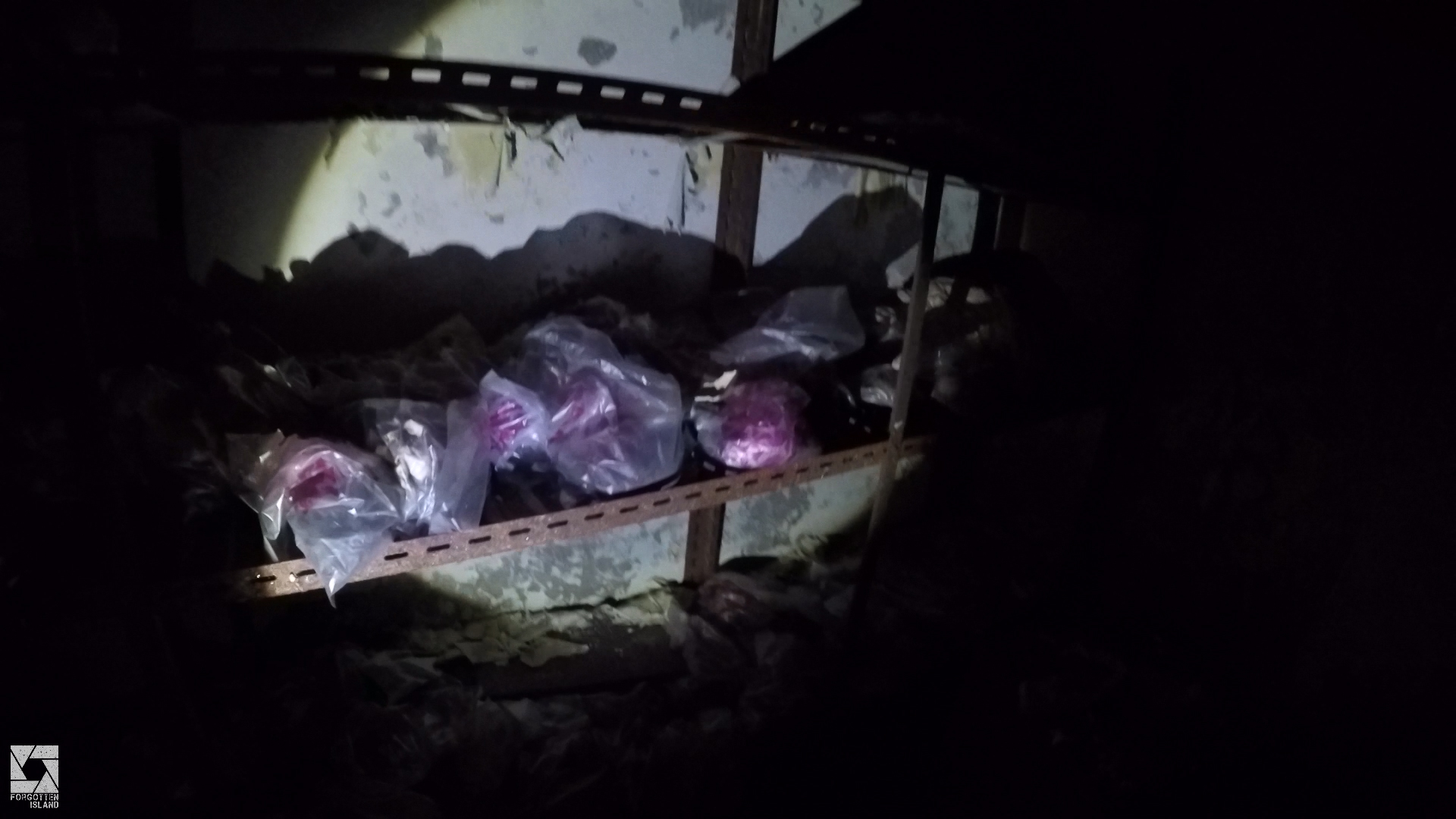 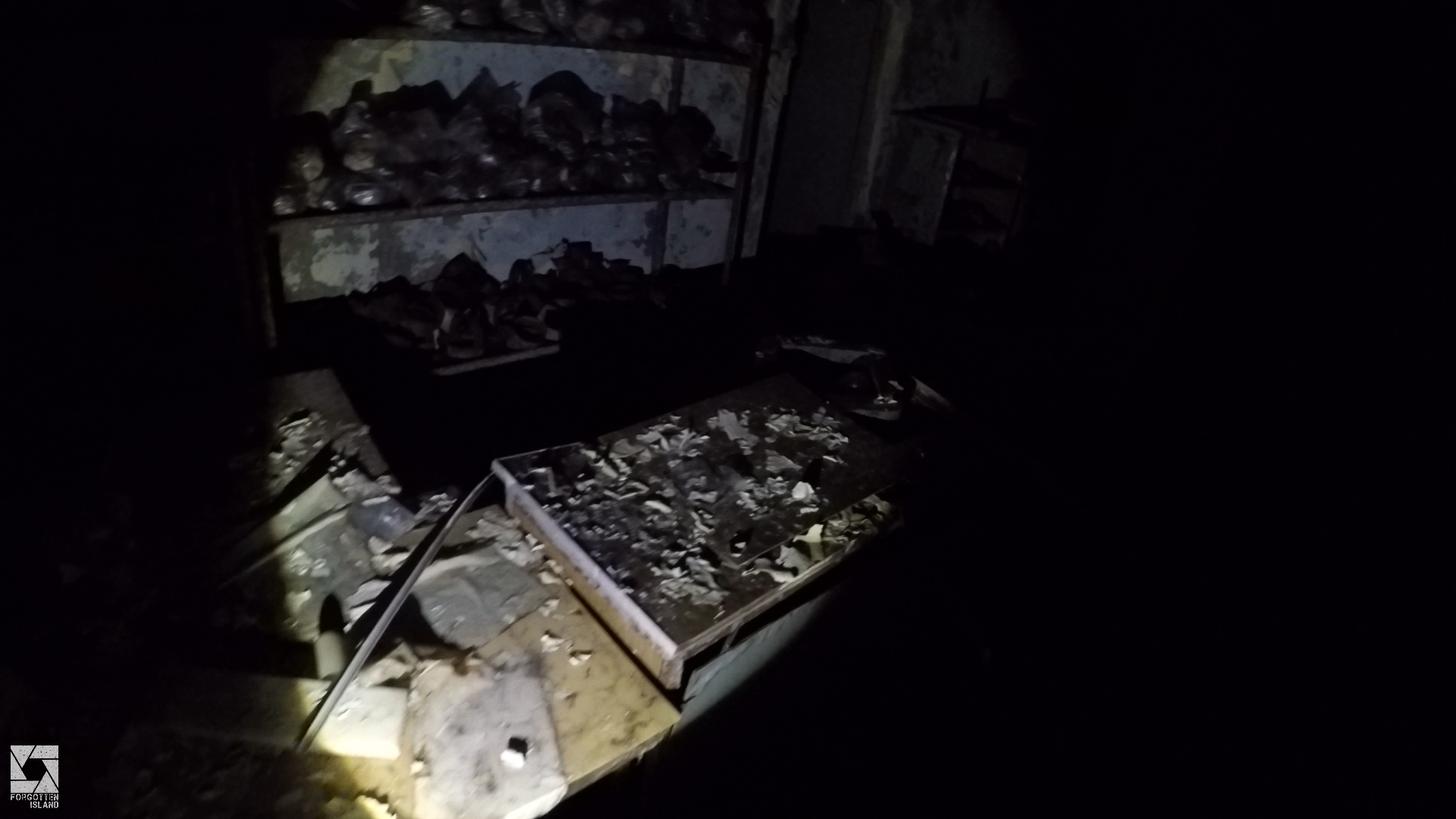