My trusty old Kiev 4 rangefinder camera visited Chernobyl with me several times now. Loaded with a roll of my favourite film, it lets me capture Pripyat the same way that many of its residents did back in the 1980s.

The Kiev has seen better days, the selenium light meter doesn’t work so setting the correct exposure was mostly guess work followed by hoping for the best, on few photographs light streak leaked into the camera body due to perished seals, however I believe those add to its charm and don’t bother me enough to fix it.

Sadly the first roll with most interesting views of the city and sunsets got stuck in the camera. Given the choice of leaving it inside and missing on more photos or trying again in few months, I decided on the latter…

Keep an eye on this space, more will be coming soon! 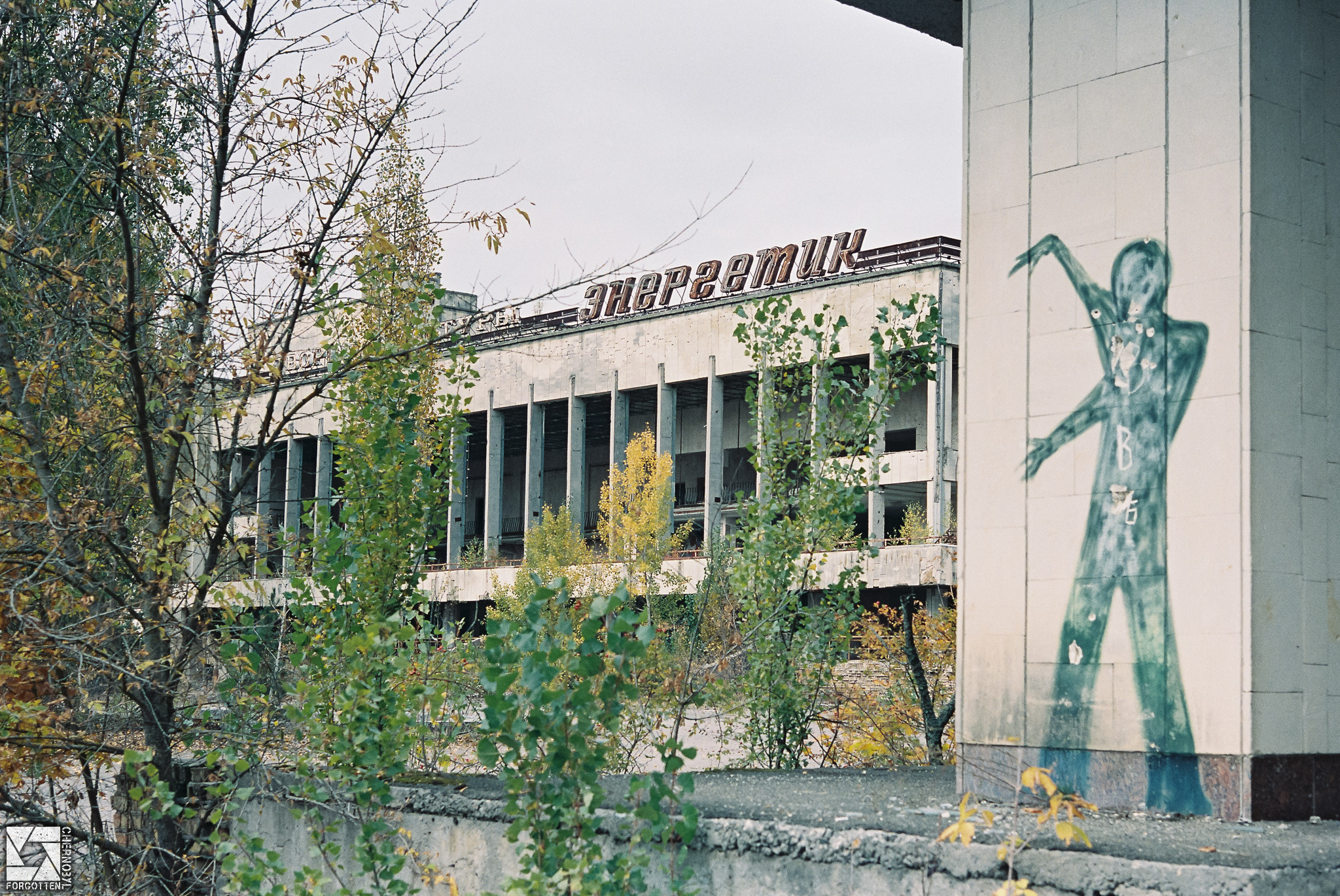 This is the last part of the Analog Series until my next trip to the Chernobyl Zone, which hopefully will happen in a few months. All of the photos were…

Part 6 of the Analog Chernobyl series, where I capture the eerie beauty of the Chernobyl Zone using film cameras owned by many of Pripyat residents in the 1980s.

Contrary to popular belief, the Chernobyl Town is still inhabited and busy. It’s a beautiful snapshot of a long gone era, a battlefield between humans and nature, with crumbling buildings…

Villages of the Chernobyl Zone captured on a 35mm film with soviet Kiev-4 camera.

Continuing the Analog Chernobyl series, today we are visiting other parts of Pripyat and having a quick peek into a school and a nursery.   Pripyat captured, on a 35mm…

I took my old soviet Kiev 4 rangefinder camera with a couple of rolls of Kodak film on my last trip to the Chernobyl Zone. I really enjoyed photographing Pripyat…